At the highest level, baseball training revolves around strength conditioning, speed training and flexibility training. Successful baseball players also use Plyometrics and specific lifts to increase their upper and lower body power. Physical training has become a lost method and deemed unnecessary to many coaches during their practices, as many coaches perceive strength conditioning as detrimental to the needed motor skills required by players.

Modern day baseball players are great ball players, but even better athletes. Professional players tend to be lean and extremely quick. And studies have shown that baseball-specific programs can significantly increase production by the common baseball player.

Power training - through Plyometrics (a type of exercise training designed to produce fast, powerful movements) or Ballistics (the science that deals with the motion, behavior) can increase a baseball player's speed and agility. It can also improve throwing and batting velocity much more than the garden variety weight training done in a weight room.

Shoulder injuries tend to be a major concern in baseball, as pitching places an inordinate amount of stress on the shoulder complex. And while strength conditioning can help prevent such injuries, traditional weight lifting exercises may not be suitable in targeting the correct muscles or the correct movement patterns. At RDBA, special exercises are easily adopted into a baseball training program to help significantly reduce the risk of overuse damage.

Email us at info@roaddawgsbaseballacademy.com for more information on our club ball teams.

Our teams regularly compete at the highest level in USSSA tournaments and others.

We participate in the USA NTIS Regionals along with college and pro scouting showcases.

Vegas Scout Night and Showcase at CSN annually in January 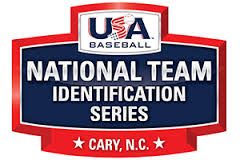 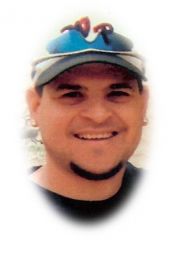 The journey began in North Las Vegas, where Todd coached in Cheyenne Little League for three years. Following his influence on those youths, Todd moved on to travel ball for seven years, honing in on a stellar coaching career that elevated him to Cheyenne High School.

In 2004, Todd co-founded Bat-R-Up Indoor Batting Cages with Al Ramirez, as the two introduced the largest baseball facility in the Northwest to the community.

Todd tragically lost his life on Nov. 6 2006, leaving behind his wife Maria, sons Anthony and Trey and daughter Cheyenne.

"He will forever be missed and never forgotten. We love you and miss you buddy."

Next
Email us at info@roaddawgsbaseballacademy.com.